So I've been wondering what makes a game "rules lite"?

I have had a tremendous urge to go rules lite with my campaigns. Blame the folk at Mythmere. For ever since I read _A Quick Primer for Old School Gaming_ by Matthew J. Finch I have been entranced with the potential of rules lite systems. 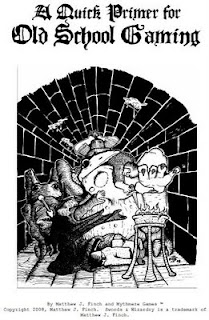 So do I stick with 1e or go with a so-called rules lite system like Swords and Wizardry, Basic Fantasy Role Playing Game or even hearken back to OD&D? Philotomy has urged me far in that respect. Of course when I ran across Stuart Marshall's Old School Reference Index Compendium "OSRIC" system I was initially sold hands down.

But then as I approached other rule lite proponents it was commonly said 1e didn't qualify as rules lite and OSRIC was a 1e retro-clone. 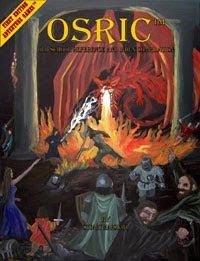 http://www.knights-n-knaves.com/osric/
Well, to help me make this decision I compared BFRPG with OSRIC today. This is what I see:

So we're really talking a difference of 35 pp. And truthfully alot of these OSRIC pp are just helpful tables in generating dungeons, towns and wilderness settings. They are really not rules per se.

I would geusstimate the actual difference in rules pp between the two at about 27 pp.

So IMO OSRIC is fairly rules lite as well. Sure it carries behind it the collective weight of Dragon mags, adventures, campaign supplements, hardbacks and the general tone contained in Gary's version of 1e.

But what Stuart Marshall has managed to do is distill the skeleton of 1e, its helpful core campaign build resources and the spirit of 1e in a rules lite version.

So when we're talking "rules-lite" exactly what do we mean?

After my comparison OSRIC seems as free as any of the other old school retro clones. Okay maybe not as much as S&W, but close enough.