This started with one of my players wanting to play the new Blood Hunter class. I wasn't entirely against it, as frankly I've pretty much embraced most of the official material released for 5e--except of course when I haven't ... But it got me to thinking. What classes would be allowed in our next campaign? I mean we currently have a dual classed Ranger/Mystic and it has worked fairly well. At first it is always a pain because you have to familiarize yourself as DM with the particulars of the new class, but like most of D&D just play it for awhile and it will sort itself out.

One thing I knew I didn't want to do was to extend my goodwill into the land of home-brewed madness available on say D&D wiki or D&D Beyond. The trouble is I've gone out looking for some list of material actually released as unofficial material in say Unearthed Arcana that hadn't made it into a rule-book yet, but that did at least come from that source. It was hard to find. In fact if anyone has seen one please point me to it. So this is my unofficial attempt, as it were, to list in one place the unofficial material on D&D Classes. Not options, there are tons of those and many of them made it into Xanathar's Guide or other places. This is for actual classes.

The Unofficial Classes (From WoTC) for 5e 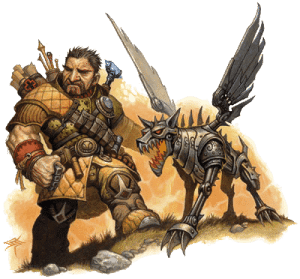 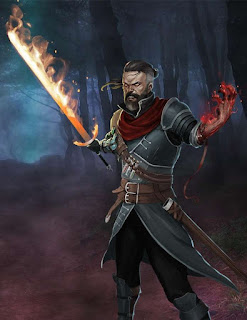 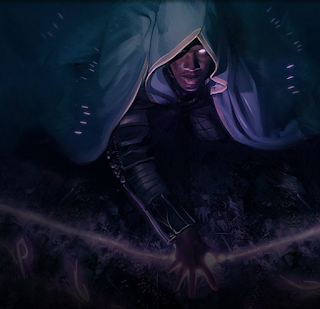 And that my friends is it. Yep. I have searched fairly high and low and actual separate classes that have come out of the WoTC design team are these three. And none have made it into official rule-books. The BloodHunter is on D&D Beyond as a possible class separate from other home-brews but the other two are unofficial play-test material on UA only. And I actually like this a lot.

One of the things 3.5 did wrong was the vast proliferation of classes from the head company itself. This is a mistake in my opinion. I prefer the 1e/2e approach of base classes, the 4 by 8 approach of the four base classes Fighter, Thief, Cleric and Magic User and the expanded classes of Barbarian, Ranger, Paladin, Bard, Druid, Sorcerer, Warlock, and Monk. Now the proliferation occurs where it should occur: within those classes itself. The archetypes, most frequently called options, are where the expansions occur. This I have no problem with. I also have no problem with the three limited classes above. If my players want to use these additional classes or any option from official sources in the base 4 x 8 group I am perfectly fine with it. What I am not too keen on is the multiplication of home-brew classes out there. Let me correct that--I have no real problem with the actual creation of such classes, but I am not okay opening my campaign up to them. If you want to play an ParaElemental Beastlord, well let's find a way you can do this within the existing class structure.

I could tackle options next, but I think I am more particular about races. Optional races will probably be my next topic, but I'll have to see. Until then, happy gaming!

[caveat lector: the Mystic was actually revised from a previous Mystic incarnation, I have posted the most recent version. The Ranger also had a variant offered in UA, but I skipped it since it really isn't a different class.And yes, I do know that the Thief was not one of the original D&D classes, it was added as an optional class in the supplements.]
at June 20, 2018 No comments: