I Still Don't Have a Gaming Group 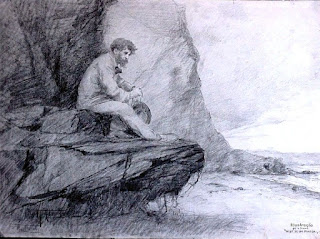 I talked a good game in my last post, but I still can't bring myself to play a game I'm not interested in. There's a group of teens that play 3.5, and another group of preteens and early teens that play Pathfinder. Another group plays All Flesh Must Be Eaten, and there are more MTG players in town than you can shake a stick at. So, not only teens but games I am not interested in.

Crap. On the positive side I've met a few adults lately that might make good candidates. One is a staff member at my new school. Did I mention I'm moving to an elementary next year? Yeah, even worse possibility of running a game club. Well, maybe, but we'll have to see. Anywho there is the teacher who I am going to try and ask to game, and another elementary school principal that may be amenable. I know of an adult at my old school who used to game, but he says he is too busy right now.

Meanwhile I'm putting myself out there. Advertising so to speak. Next step is to get some business cards and make new fliers. I actually found an e-book on finding gamers by Johnn Four of Roleplaying Tips called Filling the Empty Chair. Most of what he said I've done, or knew about, but he had some useful tips for making yourself more visible and high profile. 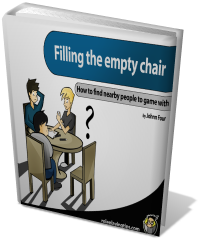 I'll tell you the truth it's getting a little depressing. But, there's hope still if all else fails. I'm thinking of finally getting an online game going. Probably via Skype or Google Hangouts or similar software. There are some other good interfaces I'm looking into to even do a little mapping and such. I told myself I would never do this, but after seeing how Google Hangouts works I think it's a viable option. There's a much better chance to get a group going this way if I want to find likeminded gamers for an old school game, or a newer iteration like DCC, HM, AS&SoH, C&T, ACK, LotFP or the like. I'll keep you updated on my progress.
at June 05, 2013 2 comments: