Branching Out ... of Fantasy

I don't know if I've talked much about this, but I'm a comic book collector. Not sure if collector is exactly the right word, more like comic book "amasser". Back when I fell in love with comics at age 14 or so, I was hooked on the X-Men. I began with issue # 162 or so (iirc) 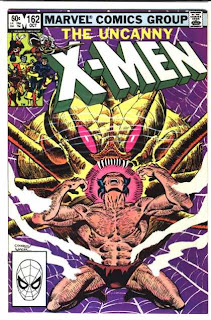 And became rapidly determined to collect all the back issues I could, as well as the new issues coming out. And as often happens with comic books readers my list of titles grew to include, in no particular order

And there were tons more as well ... Suffice it to say at the heyday of my comic book collecting years I was dropping as much as $20 to $40 a month at the comic shop. May not seem like alot now. But in today's comic dollars it would have amounted to about $100 a month give or take.

That list has appreciably diminished over time, and for a few years dropped to zero. I have begun building my list up again, slowly but surely, adding a title or two when I can. The economy, increased personal financial responsibilities, not to mention the rising costs of comic books has made my reentry into the comic world a slow process. But here lately I find myself developing a strong urge to increase my comic book collection to pre-adult proportions. 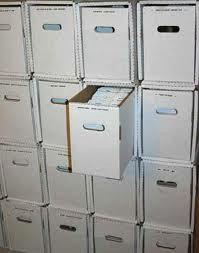 The problem of course is the real lack of a comic book community here. My initial efforts at establishing, or at at the least reinforcing, the "geek factor" of my rather rural hometown region was directed towards expanding the gaming community. At this I have been rather successful. My first gaming club members are now in their twenties; and some are still actively involved  if not in RPGs in Magic the Gathering and other games. Since I have started the gaming club we have seen a fairly solid gaming store grow in business. They now hold regular games of All Flesh Must Be Eaten, 3.5 Dungeons & Dragons games, Friday Night Magic and WarHammer 40k games. Strategy based board games are also draw a small but dedicated audience as well.

So I've been talking to the store owner, who happens to teach at the same school I do, about carrying comics. But he's no fool, and getting into the comic business is risky to say the least. The overhead of buying regular titles and figuring out how to get them out of the door eludes the savviest of businessmen. So he's buying some used back issues on the cheap, bagging them up and seeing how they move. They aint doing too well. Of course lots of them are indie titles, obscure titles that tend to be less in demand. But popular titles don't sell at cut rates too often, so he's certainly not to blame.

What I've been thinking is maybe it's time to start gaming a supers game! The popularity of superhero movies alone in our area is proof enough that there is interest in the genre. By taking a growing enthusiasm for tabletop fantasy gaming and branching into another genre I avoid steeping on the toes of those who love Pathfinder by offering another experience altogether. We will still play Pathfinder for fantasy and simply branch into another very popular genre--Superheroes. And there aint much that's more fun than bustin' up supervillains and saving the Universe! 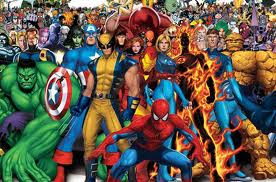 So now that I've hit the analysis of Pathfinder point by point, what can I say for my actual opinion of PF? And any hope that I can be okay embracing the game? What would I change, if anything?

Since I've already been through the long of it. The short of it is: nothing.

My actual opinion is something else entirely. I think the development in some roleplaying games as of late has been to please the majority of the games buyers--those who play PCs. Players want to be able to make lots of cool, powerful characters. Games like Pathfinder provide lots of possibilities for achieving this, and long lists of races, character types, advancement options as well as skills, feats and the like. To tell you the truth as I've gone over this analysis I was seriously considering dropping all my class-based games for awhile and going with GURPS, HERO or BRP from Chaosium. I mean if we really want ultimate flexibility and power then any of these options are better designed to do so than PF.

But what would be the point of doing that? I mean my players really enjoy Pathfinder. They are having all sorts of fun exploring all of its options and maxing out its possibilities. And believe it or not even this group I'm currently running is getting a bit better at playing the game and roleplaying their characters.

All of the points I mentioned in my blow by blow complaint list are mostly just my personal impressions of how fantasy should be played. I shouldn't really force anyone to go down my road if they don't want to.

But what about where my heart lies? What about my own truth? Well, I haven't abandoned that. Lately when I droll over fantasy games it tends to be over games like Dungeon Crawl Classics RPG, Crypts & Things and Jim Raggi's Carcosa. I also have high hopes for Astonishing Swords & Sorcerers of Hyperborea. And you really can't take away my love of Hackmaster--even in it's newest guise. But the problem is I'm sort of on the outs where all of these games are concerned. First of all DCC RPG's character funnel has proven theoretically very unpopular when discussed among our club members. Crypts & Things is fairly violent and dark for middle school kids; but I suppose that's true of all of these games.And Carcosa, is well ... Carcosa. Even Hackmaster is really for adults sensibilities, but prolly the most amenable to exposure to the young.

Which is fine--none of those are really games aimed at "kids". And neither was AD&D back in its day. Didn't bother me then, and in fact made the game more intriguing to me. But I am a school teacher now, and have to be careful of how gritty and dark I make the fantasy that I share with the kids in our RPG club.

So for now, we've got two Pathfinder games going. The Labyrinth Lord/Swords & Wizardry game was dropped by unpopular demand. Call me a wuss, color me easily influenced by popular opinion. really I just want my players to be happy. I'm trying to embrace this fact, and my role in the new gaming world. It might all be different if I was gaming with a group of other middle aged gamers from the hobby shop. But then again it might not.

We had one of the GMs miss yesterday's meeting and he asked me to fill in for him, which I gladly did. It was kind of enlightening on a couple of counts.

First I really thought the players were doing pretty good. They were being much more cautious and working together well. It was still a little crazy in combat, but the group is doing better overall. I really had to wonder if this was because they were all playing PCs they really love. What I mean is that with all the PF rules opened up for exploitation they have created some odd ball, unconventional PCs; but have built PCs they really think are cool. True we have one goblin PC, two orc PCs and one Ifrit, but they really love those guys. And for me this is a wide stretch of allowances--I usually don't allow those sorts of PCs in my campaigns. But since I was just filling in I decided to simply embrace the chaos. I enforced a little bit of racial prejudice between the Elves and the Orcs and Goblin, but they talked through it. I also have made the Paladin's ability use a little "spotty" since he is actively adventuring with 2 Neutral Evil Orcs. But I haven't outright prohibited anything.

Which brings me to the second thing I noticed, that embracing the chaos can be a good thing. We all had fun. I was kind of dropping in natural consequences for their lack of staying true to racial prejudices or alignments without really good reasons, but I wasn't saying no all the time. I gladly delved into rules when we needed adjudications, and they just had to wait for a minute or two while I looked things up. We only had one complaint from a kid who's Dad played 1e and finds reasons to dis Pathfinder. While I was looking up spellcaster DC modifiers, he complained this was why PF was worse--b/c you had to look everything up. Noone responded, and I just thought--if you used all the rules in 1e you might have to look stuff up too. But other than that one incident everyone had a blast. I was less concerned about trying to enforce my personal view of fantasy, and just playing the game as it came. So lots of my "hang-ups" weren't near as problematic for me as they usually are. Which made me wonder if I shouldn't just relax, play the game and have fun more often.