5e aint old school. Let's just get that right out of the way up front. Yes, yes, with all the proper caveats and clarifications. I'm using my own definitions and my own rubric, so there you go. But, the point is I've played it for almost two years now, and my current campaign for over a year straight. I've run several 3rd party commercial modules and a home brewed campaign thus far. I run it straight out of the three core books, nothing new and fancy. Hell, the rules as they are, are plenty fancy enough for me, and I'm still trying to get them all straight. I get them wrong now and then, using old school stand bys when I have to punt and don;t want to look something up, but my players have started calling me on it, so, there you go again.

Anywho, it's not been bad. And comparatively, it plays about like 2e did compared with AD&D and is a far cry better than either 3rd or 4th so ... there you go a third time. We've had fun, but then I had "fun" in 4e, it's just that nothing since AD&D has hit my sweet spot. And as I have been learning lately not even AD&D quite did that--to really get to that I'm going to have to write my own game I think, but that's a tale for another campfire. Today's post is a reflection on my thoughts about 5e and my old school sensibilities.

I am of course behind the times on such a topic. Ubiquitous Rat, Raging Owlbear and others were talking about this two years ago or more, but things are relevant when you need them to be and not a minute sooner. I have been wanting to drop 5e since about the playtest. But, no matter what, I seem to end up playing the current edition and all my carefully worded philosophy go to hell and back again. The reasons for this are manifold, however, today I want to focus on just one: my players like 5e.

And do you really need anything else? I mean the birthdates of my current crop of players is: 1993, 1999, 2000, 2002, & 2006. We've got a old guy :-) in there who was born in '81, but he is having trouble getting his schedule together to play regularly.  My point, however, is that I've only got one regular player who was even born when TSR still existed, and his first edition ever played has been 5e. They are loving it, and that's awesome. I really think that is why I end up playing current editions so much, because my situation and, it seems more and more, that my lot in the gaming world is about introducing new players to the game.

Now, that being said, many might opine that it would be a hell of a lot easier to do so with a low demand entry level game like BFRPG or C&C and we have used C&C, but I always take a calculated jump and choose the current edition because it is linked to D&D. What I mean by that is that WoTC holds the current D&D IP and the host of content that goes a long with that. And because I am so damned partial to that game I want people new to gaming to be connected to that IP, that brand if you will. As we do so, we begin to share a huge common vocabulary that includes names like Elminster, and Rary, and Leomund, and Greyhawk and Flanaess and Faerun and Acererack, and rust monsters and mind flayers on and on. I suppose I could do it without the connection to the copyright holders, but in such a ready made package online and off it is hard to do all that work without help. Plus, anywhere they go they are immediately hooked up into the most popular and widespread community that exists in tabletop roleplaying games. Yes, it's sad, but I am a victim of marketing and advertising even if I realize it and hate it.

But does that even really matter? Does it matter that my players can immerse themselves in D&D stuff all week long between games online? That they can be assured of a constantly flowing stream of new, easy to find product? Even if I at times curse that product? Hell, of course it matters. It matters even if I am lamenting the fact all along, pining for the good old days and cursing these damned new fangled contraptions that pass for games these days. It's a new world grandpa, time to buy some new dice. Hey! You know what? Frack you and the Cylon Raider you rode in on! I am damned proud of my old school history and my old school leanings, so you can take your shiny new dice and shove them where the Drow party all night like the remains of bad bean burritos!

Is there some means of reconciliation to this emotional impasse? Can I be happy, or at least happi"er" playing 5e and my players learn a bit of what the old school has to offer? Maybe there is.

I actually had plans to shift our game to a Classic edition D&D game of house rules that I'm currently working on and shelve 5e for awhile. But our last game made me start reconsidering my plans. I mean they really do love 5e, and I have always felt guilty about forcing people to play what they consider an inferior game. And let's face it, compared to what they have been playing OS games will be harder, deadlier, the art is more minimalist, it will be slower to level up and the rules will throw them for a loop. I will have a hard time seeing that they are going to claim my preferred play edition "better" or superior to the slick new game that is 5e. Maybe there's a way I can change, and the rest of the players don't have to. They won't have to much anyway.

Taking Ubiquitous Rat as a guide, I'll soon be publishing a list of recommended 5e house rules to trick it out old school. I'll admit right up front, it will be a lot easier to do than it ever was in 3rd or Pathfinder, and a heck of a lot easier than 4e (though admittedly 4th Core did move in that direction). We are due to finish our current campaign soon, and the players are wanting to start fresh with first level characters, so I've got some time to prepare, and the new campaign will be ideal to start an old school 5e campaign. I, for one, am excited. More excited about 5e than I have been in a awhile. More next time on these house rules. 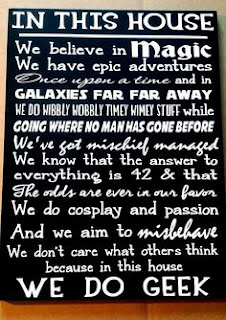