Why Can't I Buy a Pathfinder Book?

Permit me a quick recap of my current gaming endeavors. 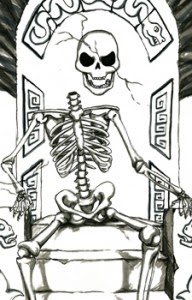 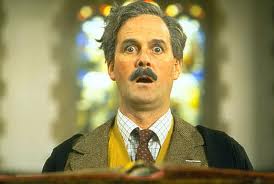 So, that's about it, but for all my normal game/fiction reading and writing that I do on a regular basis. But the point here is the only real gaming I seem to be able to do lately is Pathfinder stuff. I mean its alright and everything. And the campaign is finally coming together a bit as my young players have started to learn how to play better. We may actually make 5th level by the end of this school year.

Anywho I'm about ready to make some game purchases, and I really thought I should buy my own copy of the PF core rules. We have a club copy, and a miscellaneous library of about 8 other PF books--but these are club books and are frequently borrowed by other club members. I figured it was about time to buy mine.

But, see ... I can't seem to do so ... I mean I put it in my shopping cart and everything, but I just can't feel "good" about it. It just isn't "my" game--isn't a game I would choose to play, let alone read and ponder over. I thought maybe it was because I had access to the Core rules in the club library and maybe I wanted something new. So I thought about getting Distant Worlds or Ultimate Magic or Combat or even Bestiary 3--none of which I have access to. But I just can't do it--I just don't want them bad enough to buy them.

Which is fine you know, I mean I'm certainly not going to buy them if I don't want them. But it has made me somewhat melancholy again. I mean here I am running two campaigns in a game I don't like enough to even buy the rules for. Sheesh! What gives? 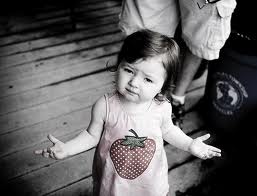 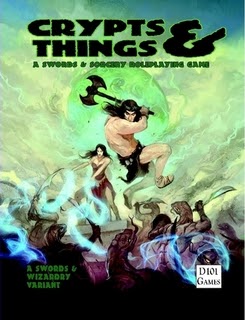 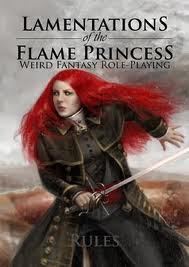 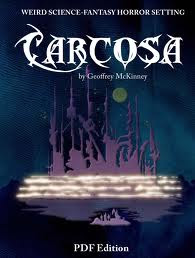 So chances are that's exactly what I'll do. But it still leaves me enjoying those games at home in my reading chair with a cup of Mate', while I have to play PF during the week. Don't get me wrong I'm grateful for the games I do play. Some people don't have any chance at all to game. But darn it all it still makes me a little sad. 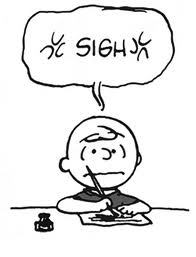 Why Can't I Leave The Crunchy Stuff Alone?

As I've said before, I'm a sucker for systems. Especially complex and convoluted ones. I am a math teacher after all. While there's something to be said for simple and elegant it doesn't have the intellectual appeal that other crunchier systems do. So believe it or not I've been spending a lot of reading time with the following: 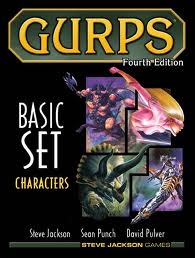 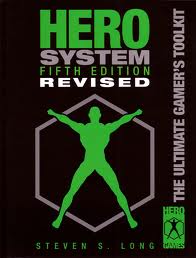 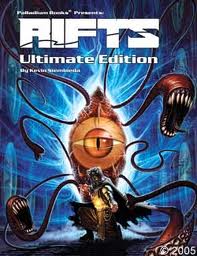 Okay, the last one I'm not reading yet, because I don't have an actual copy yet. But more on Rifts in a minute. What got me started on this trend was looking at systems that provided the ultimate in PC customization. But then I continued my search as I looked for a preferred Supers system. Initially I leaned towards Mutants & Masterminds, because it was d20 based, and likely to be more "familiar" to my PF gamers. But I own GURPS and Hero and don't own M&M yet. So, I picked up my GURPS books again, and started reading through it. I am, as always immensely impressed by what GURPS is and what it manages to do. I am also somewhat personally connected to it, as I grew up in Austin and the GURPS crowd there is big and ardent.

First you can't deny that Steve Jackson games are consummate production artists, and their work is a pleasure to look at and read. But does the work stand up to the high level of publication quality? For me it does on several counts. I like the skill system, even though the performance curve could be considered less than optimal for gameplay. Which gets to the heart of he reason to really love GURPS--it is very realistic. If you want to run a hard core gritty and realistic fantasy campaign do it with GURPS. Modern realistic campaigns also work well with GURPS. But as had been said many times Supers and High Fantasy, not so much.

But this isn't the real reason that causes me to hesitate in regards to GURPS. I find GURPS a little "too" generic for me. I feel stupid even writing that, as obviously this just means that I'm agreeing GURPS has done what it set out to do. However, when held up next to Hero, GURPS comes in second place as a truly elegant generic system. GURPS has built on modularity depending on the genre or type of game you desire to play. This has generated new rule sets in addition to the core model. I can't really say their is a core PC build mechanic beyond point buy with GURPS as different systems are added based on need.

Hero on the other hand is built around a core idea. In many ways it is "more" generic than GURPS. Hero takes a few vague concepts out of which you build your PC and the genre world in which you wish to play. GURPS has more modules specifically built for certain types of play. You don't quite have to build everything from the ground up. GURPS already defines many of the speculative physics by which every game world works. For instance GURPS has a fireball spell--Hero ahs no such thing unless you build it. Some might find this helpful, others might find it limiting. Either way you are dealing with generic systems; just different based on how much you wish to put together for yourself or have put together for you.

The problem for me with each system is the "genericness" of each of them. Although both have great world books associated with them, GURPS TransHuman Space and Hero Champions for one example of each. Nonetheless, I still feel as if the core system is a bit bland. And if you play Champions or TH Space you default to those books instead of the basic books themselves. That each world or genre almost requires it's own iteration of books by which the "chosen" (read house) rules are selected and defined within that world.

Not sure I'm being too clear here, but I'm not really sure my feelings are accurate either. But it is what it is.

And then we have

And for some reason, I can't leave this thing alone. I recall first hearing about Rifts in the 90's, and of course Palladium before that. I never paid much attention to Palladium--later Palladium Fantasy. Bu it was hard not to notice Rifts simply because it engendered so much passion and vitriol among those who knew it. It is used like a curse word among some anti-Rifters and seen as the only "real" game by pro-Rifters. The first time someone told me about it long ago, they were singing the praises of PC creation within the system, and the glories of MDC. "You can be a freakin' cyborg-ninja-dragon-princess with a hover cycle and a laser sword!" Or some such other wondrous abomination. They talked about epic battles with swarms of dragons and mecha wars with Cthuloid alien intelligences in the same breath. I knew then and there this was not a game for me. I liked my fantasy "pure".

But Rifts came back to haunt me from time to time. First I was informed that the system was essentially a highly modified form of AD&D. What the heck?! And you know what it seems to be. I think Kevin Sembieda too some of the ideas from the dawn of RPGs in the late 70's early 80's and ran with them--and sure enough lots of it is AD&D-like. This intrigued me to say the least--even though the game seemed like AD&D on crack or something. Then people started telling me about the setting of the system. And I was even more intrigued. I have always kind of like the idea of an actual earth-based fantasy setting. And I must say Steve Jackson's Yrth setting intrigued me in this way as well. But where Yrth was very focused on a fantasy world Kevin Sembieda had opened the whole Multiverse to Earth's inhabitants. I was very fond of the idea actually, and it got my imagination gears going more than a little.

And now here I am again, looking over GURPS and Hero when my attention turns to Rifts once more. I'm not sure what it means. I know that people bash Rifts all the time, not only for its power creep and munchkinism, but also for it's highly contradictory system of rules. Cobbled together over a period of 2 decades now, the Palladium system, and Rifts in particular is about as baroque as it gets. Funny thing is, this somehow appeals to me? Ask me why?! And I don't fargin' know!! This seems to be opposite of everything I've been leaning towards--non rules lite, inefficient, massive sprawling complex of a system that one can never know all of, let alone efficiently GM! What in Gehenna am I thinking? I really, honestly, truly don't know. But you know what Rifts won't leave me alone. It's almost like this twisted sort of mad scientist feel growing within me. I've found a toxin that could wipe out all of mankind, and no matter how hard all the goody two shoes try and stop me, I'm gonna use the thing. I'm gonna do it and I'm gonna like it--insert maniacal laughter here.

Anyway that's how I feel about Rifts. Not sure if it's just a crazy lark sort of thing or something more long term. Anywho, in my more serious moments I go back to thinking about picking up the latest incarnation of Rolemaster. Kind of get a clue as to my mood lately? 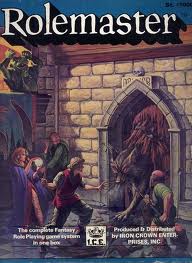