So my daughter has checked out the Junior High School Pathfinder club which made me quite pleased. Not only because I love the fact that my daughter is out there looking for gaming opportunities on her own, but also because the gaming club is a sort of legacy of my time at the Junior High where I started the RPG club and ran it for six years. I think we introduced a good 80 or more students to the wonder that is gaming.

So she went in and checked it out, went back rolled up a character, but then the Drama Club took over as she loves acting on stage and play practice ran at the same time as the gaming club. At least that's what she said ... she also made the observation that "Well, dad some of those guys were kind of gross."

"Gross?" I questioned, "What do you mean gross?" My overly protective fatherly alarm bells beginning to sound.

"I mean some of them were okay, but some of those guys kind of smell, like they need a bath."

Ouch ... I thought back to my days running the gaming club. My fellow teachers would occasionally stop by and watch our games, where as many as twenty active adolescent gamers gathered around my center table, most of them teenage boys. And unfortunately they were there after a full day of school, and we gamed for a good two hours a day most days. Let's just say I got more than one complaint about the lingering odure that permeated my classroom for days after our gaming sessions.

Of course I tried to defend my gaming compatriots with the hollow--we are not all like that! I don't stink! I never did! ... At least I thought I didn't. "That's an unfair stereotype!!" I cried. "Not all gamers are unwashed geeks!" Of all the nerve!

Then again, I did recall that we are probably one of the few hobbies that actually made a product designed to entice us to bath. You've heard of soap on rope, well what about dice IN a soap. 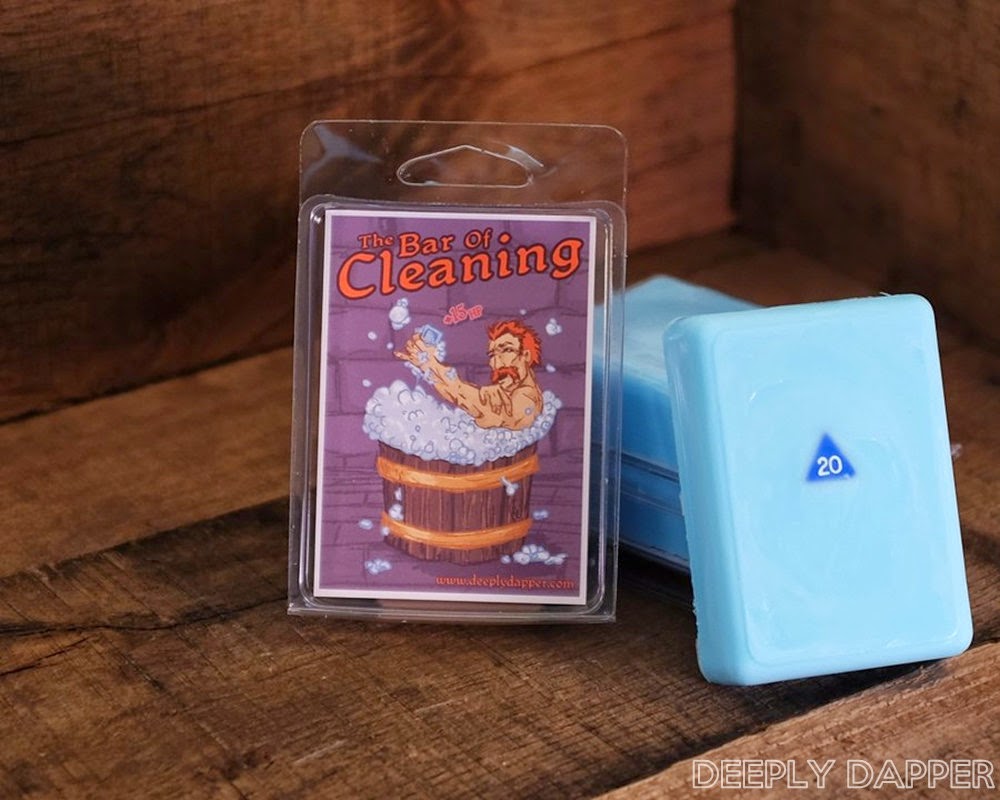 Still offered today at Store Envy. Not sure whether to be offended or delighted. But I know what I'm asking for in my stocking next year :-)
at May 02, 2017 No comments: 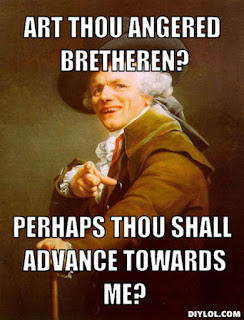 So, some may have been off put (put off?) by my last entry. Say they, "How lobbest thy insults towards us who critique the games sans creative credentials, when with the same breath decry the criticism of those who have never been trained to so criticize?" Well, fairly said, fairly said.

My last rant was stirred up to fuego by an online tirade against a retro clone/variant by an untutored critic. In fact the whole thing got rather personal, and I dared not refer to the incident directly for fear of poisoning an already toxic pond. Can that even be done?

As any good fan base is wont to do, we step on each others toes from time to time. My point, made in total absence of context, was that until you have actually gone to the trouble of creating a game and overcome the many steps, hoops, obstacles and mountain of resistance that entails, don't be too quick to trash another's efforts.