﻿ ﻿
﻿We had a good gaming session yesterday. Noone died, but one of the thieves lost a hand (insert appropriately evil laugh here). And get this, we had 18 players at the table! Yeah I wrote that right, 18 freakin players. I was worried we would lose some from last session because there was 12 at the table. Nope, now we're at 18! Blew my mind. Well, actually it doesn't break out record of 22 players a few years ago. And truthfully this is the whole reason we split groups.

So, as chaotically crazy as the the fun was, we decided to split into two weekly sessions. We'll now meet on Tuesday with a group of 8 and Thursday with a group of 10. Still really large groups, but finding time for one more day right now has been really tough for me. I did offer to allow someone to step up and DM a third game, using my room to game while I worked at my desk. Two of the more experienced gamers were willing, but noone wanted to leave the other groups to to go to their games. I'm limiting sessions to one per week per player. Otherwise we would have 18 in every session we ran. Crazy, huh? But crazy in a good way. 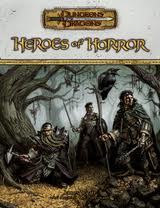 And I've been getting my horror on lately. Reading through the 3.5 book Heroes of Horror to spice up the campaign a bit. And this is really significant for me. After my last post about not being able to read any PF books I took a hard look at my gaming from a purely practical standpoint. I of course felt like running back into the arms of 1e and play with my toys by myself. But I reconsidered. Truth is I haven't really given PF a fair shake. My players love the system right now and the newbies are just starting to get into it. They do love the game, and I should really stick to my word this year and play PF like I promised.

So I was looking through my old 3.5 stuff, which I used to like reading at times (the 3.0 Deities and DemiGods was pretty good) and came across Heroes of Horror. I've been reading lots of horror and dark fantasy fiction lately. Currently the Necronomicon collection of the best of Lovecraft's fiction: 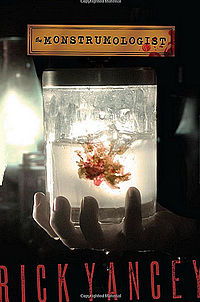 About a young kid who is apprenticed to a scholarly monster hunter. And Revenge of the Witch in The Last Apprentice series: 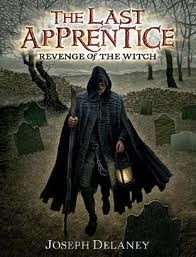 About another young apprentice who is learning to protect his community from monsters, boggarts, spirits, and other more sinister forces that plague the people of the time.

All of these books are giving me great campaign ideas, that I'm really excited about. Of course I'm too busy whining about the fact that noone wants to play 1e with me. Then I picked up Heroes of Horror. And man, I am really enjoying reading it. Some of the campaign creepiness that it suggests, truly wicked adventure hooks, and scary adventure elements have got me more scared than any of the above books, believe it or not. I was reading it last night, and literally had to put it down because a section on story pacing and details in horror kind of weirded me out. All me to quote:

"It's gruesome, and perhaps even a bit disturbing, to describe the dismembered bodies of a family scattered across the floor when the PCs investigate a house. consider instead the benefits of a step by step revelation. Initially the PCs see only an empty living room, barely lit by their torches. They hear only the squeak of hinges and the creak of floorboards. The room appears empty, but successful Spot and Search checks reveal scrapes on the floor and impressions in the dust that suggest the furniture was pushed around recently, then moved roughly back into place. A faint scent, vaguely fruity, hangs in the air, noticeable only as the PCs move away from the front door. T cupboards are fully stocked. Dishes stand stacked beside the stove, in which the fire has gone cold and a bit of ef lies seared to charcoal. As the PCs approach the stairs, the most keen-eared among them (those who make Listen checks) detect the faintest of dripping water.

The stairs creak as the characters climb them, making stealth difficult. Near the top of the stairs, something black scuttles out of the shadows and races across the floor! No, it's just a rat . . . a rat with something in its mouth, something that smears a wet trail across the wooden slats of the second story floor. A strange, flickering light, like that of guttering candles, leaks out into the hall from a door only slightly ajar. The fruitlike scent is stronger here, but it's almost lost amid a much stronger miasma, something coppery and acrid and too familiar anyone who has ever been in battle.

If the PCs carefully push the door open, they find that unlike the one downstairs it doesn't make any sound at all. Examinations show that the hinges have been greased with some sort of rendered fat. Inside the room, on every horizontal surface, jack-o-lanterns glow, lit from within by long-burning candles. In every carved eye socket sits a human eyeball. Every carved mouth displays a macabre grin formed of human teeth. And there, lying on the floor . . ."

And of course it couldn't come at a better time of the year, eh? I've been getting into horror more and more lately anyway, but it's all sort of come together in a perfect storm of terror for me. Much to the bane of my players. We are going through my adapted Hackmaster version of B1 and if there's anything that HM does well is it gore. The foyer after the long alcove with the magic mouths is a scene right out of a horror movie and let's just say I used it to full effect.

So, long story short. I'm having fun. Fun with Pathfinder. And fun with 18 eager players at the table. We left the last session with three trash trolls bounding up the towards them. And they were screaming foul that we ended on a such a cliff hanger. But as they gathered their stuff and left they were busily planning their strategy for next time all the way down the hall and out of the building. Good stuff. Well, if you don;t hear from before Monday have a great Halloween and fantastic gaming in truly horrific style. 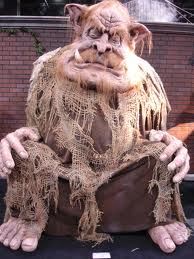 How Dragon Magazine Saved My Life ...

Well ... my gaming life anyway. Allow me to explain:

It just seems to make sense that you should play what you like reading about. I suppose that there are some games that read well but don't play well. But generally speaking if reading about a game gets you excited then it's probably a good bet that you will like playing it. Right? Or am I just fooling myself?


So the other day I'm reading some old Dragon magazines from like 1994. The articles ranged from starting a new campaign to making your liches more "alive". Good stuff. Now to be honest I didn't read much of Dragon in the 90s. But I was pleased to see that Sage Advice was still a regular column, and quite pleased to note new features like First Quest, Bazaar of the Bizarre and other such treats. I'll also admit to being a 1e player fairly exclusively. We raided bits and pieces from 2e, but our games were pretty much all 1e endeavors. And of course Dragon in the 90s was a second edition rag. So anyway, I'm reading through the magazine and really liking what I'm reading. I don't know if it's the style, the articles, the approach, the ads, the comics in the back or what, but I'm really itching to play with these rules. I really like what I'm reading. I mean I'm excited like I haven't been in a long time.

So it strikes me after leaving the park where I was reading (my kids were playing, I was sitting on a bench "supervising") that I haven't even been able to get through the Pathfinder Core book. I mean I've skimmed it, and familiarized myself with it's broad strokes, but I'm just not excited about reading it. I have read an adventure path or two, but no hardbacks. And while I'll admit to the good writing and well constructed nature of PF modules, they just don't make me want to play, or get me excited like these old Dragons have. Now why is that?

Well, I don't think it's rocket science really. I think I like that style of play. I think that those old writers were all First edition players that were now wriing for second. They wrote with a certain type of player in mind and that player was me. Even the purpose behind the articles, what the magazine was trying to bring to it's readership was right up my alley.

Which has really thrown me for a loop. This happens to me over and over again. I decide to compromise only to later change my mind. I am simply not going to be happy unless I get back to what I really like to play. I've been fooling myself by arguing that the past is gone and everyone else is playing other stuff. So the hell what? I mean it's all kind of pointless if you aren't having fun, right? I said that too. And when it comes right down to it that's what's most important.

We played PF two Thursdays ago and are due to play another session this Thursday. It wasn't bad, but I find myself constantly questioning what I'm doing, and I can see that the players are sort of uncertain about my approach. I'm trying to "old school" the game a bit, and I can tell the more experienced players are raising their eyebrows more than usual. The last time I played PF with them (over a year ago), we played pretty much RAW. Now we are not quite playing RAW; and my house rules keep expanding. I'm trying to make the game my own, add my own spedazzle. But who am I really helping here? I'm not completely happy because I'm trying to twist a game to fit my style, and the players aren't happy because they were told this is a PF game and they aren't exactly getting what they were promised. That's not good GMing. Heck it's not even good playing.

This has been eating at my subconscious for the last two weeks. I've largely ignored it, but have you noticed that I'm writing less on my blog? I've also read next to no gaming books for the past two weeks, and that is a little unusual for me. It was all good I kept telling myself. I'm just changing with the hobby; it's been long overdue. So what if the books don't excite me, at least I'm playing again. Right? ... Right.

Or is it? It wasn't really until I picked up those old Dragon magazines and started reading through them that it smacked me in the ace. Right now I feel like writing a personal thank you to each one of those authors for helping me to light my fire again. To remind me what I'm all about when it comes to gaming.
Right now? I'm at my daughter's Halloween piano recital, blogging about gaming on my IPad; and underneath my IPad? you probably guessed. Issues 225, 226, and 227 of Dragon magazine. Yep. And I'm so excited about cracking them open and starting to read them for the first time that I can hardly finish this blog entry. I keep writing because I'm excited about blogging about gaming again! Gaming I know, gaming I love.

Oh, and by the way. Yes I did stop blogging when my daughter was playing. Even took pictures. I'm a geek, but I'm not a total idiot.