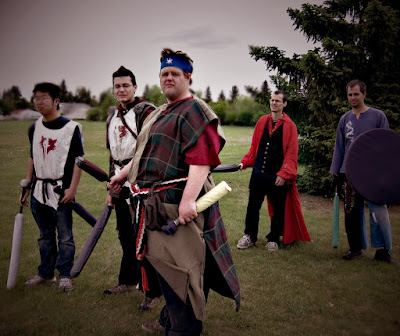 Okay, let's face it. If we had the chance most of us would step through the magical gateway into a real D&D world. 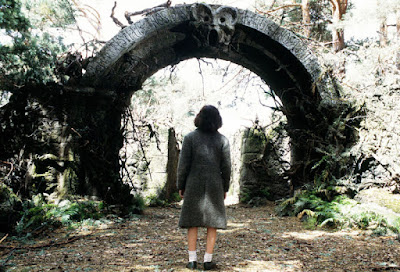 I have often played this thought experiment over and over again with myself, and as is usually the case, fantasy is much more appealing than reality. Even the reality of fantasy world made real. The first obstacle is general fitness to even be considered a capable adventurer, and the second is the training to be anything more than a liability.

This little daydream is really nothing more than that. But it's one I think bears fruit for gamers for a number of reasons. It also helps elucidate some of the reasoning behind old school D&D. You see the original game had players roll 3d6 in order for your stats. In fact the DM actually rolled them, but that changed early on. The idea here is that you are randomly inheriting a character born into the world, by and large average by the 3d6 bell curve. This simulates reality in our world, where most people end up being more or less average within a certain range. in other words not particularly exceptional. And if they were exceptional they weren't exceptional in more than one or maybe two areas. This is life.

These rather normal people simply chose to become adventurers. This premise implies a number of facts about the whole idea of fantasy adventure. That you could be normal and go out and have an adventure. The other premise of the game is that by taking a class, you were only slightly better than average in some set of skills--that of a fighter, a cleric, a magic user or a thief. And this was assumed to be due to a lengthy apprenticeship in those arts from at least age 10 or 12 on. Starting ages for humans were listed in the DMG as

And in that time based on character class training

Clerics learn to fight reasonably well, to turn undead, and to cast one spell--and in some version not even this until second level.

Fighters learn to fight well and use a variety of weapons and armor.

Magic Users learn the basics of magic and to cast one spell, and perhaps a few cantrips (in UA).

Thieves learn simple self defense and the rudiments of their craft but except for climbing walls are successful less than a third of the time.

In other words, even adventurers, though slightly better than than zero level humans in some skills, are pretty average, and progress slowly through the ranks of their class to become heroes gradually better than a commoner. And commoners fight as well as almost any class at first level, except for fighters, and some don't improve beyond this until 6th level!

This is a far cry from what we are used to in D&D post 2000, where you are not just imagining what it would be like to be an adventurer, but you are allowed to dream big and be a powerful hero from the first moment the game starts. And heaven help the commoner who would try and defeat you, and DMs start to measure commoners by a whole new yardstick: 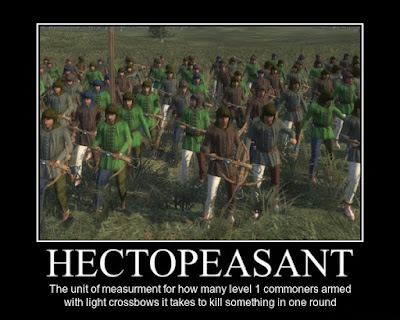 But I'm not here to talk about power creep or the value of playing an RPG where you start as a superhero or a slightly above average joe. To each his own and all that.

What these early assumptions did for us, was make travelling to a fantasy world as ourselves a believable dream. And I mean ourselves as in our skinny, pot bellied, bad backed, asthmatic, pimply faced, flat footed selves and actually standing a chance at surviving! Becuase that is what our characters did. We may have a a 5 Dex and a 6 Con, but we identified with tha! We may not have liked it all that much, since in our mind Beaurigaard the Brave was a musclebound Olympic level warrior, but we really knew he was just a grunt with clear weaknesses--even though his strength might be 15. And what it communicated to us was that the important thing was how we played Beau based on our ability to think and strategize and use those strengths and even his weaknesses to his advantage. And moreover, what we realized was that even though we weren't as strong as Beau the fighter in real life were weren't as clumsy as he and maybe not even as sickly. In other words, if we were smart and careful and built up our skills we too might be able to be an adventurer and not only survive but perhaps surthrive in a fantasy world!